Hello Readers! Today I am going to talk about something that almost everyone experiences at some point, regardless of sex, gender, job, situation, age, or other demographic:

Before we all whip out our various pen-ni (plural of penis), let me define what I mean by “Penis Envy”.  The “Penis” is simply any non-tangible thing, such as success/power/opportunity, that some one else has and you “Envy”, or desire, it. This Penis Envy goes so much deeper than simple jealousy! It is actually a process that can have a drastic impact, positive or negative, on a person’s life. I will share with you the secrets to your Penis and the Pen-ni of others, how the Envy begins, and where it leads.

But Will! Can’t I avoid Penis Envy? I don’t covet things I don’t have!

Everything you do is motivated by a want!

To stop wanting is to die.

Moving on.
There are 3 major parts of the Penis Envy process. The first is obvious, but it comes when you see someone else’s Penis. And you are surprised, but you want that Penis! Not like, you see your dad getting out of the shower and his dick drags between his legs for a few yards behind him like the tail on a wedding dress (flower girls optional). I mean, you see someone else’s success, power, or situation and you desire it! Something about their Penis is so desirable that it can even stop you in your tracks and ruin your day. Here are random examples that do not apply to my own life. At all. But maybe yours!

Fine! I’ll give one personal example. I want the Penis of Emma Stone! 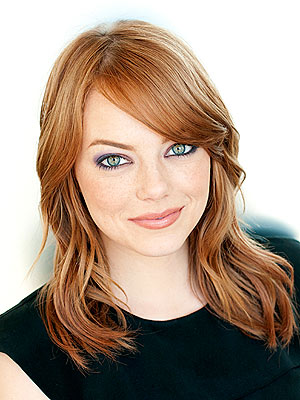 Okay, now that that’s out there… What’s next?

The second part of Penis Envy comes from the inability to understand what makes their Penis so different from yours. You look at your own Penis and you start to see a lot of similarities but the Pen-ni are still very different. Where did your Penis go wrong? You start to trace your Penis tracks and try to compare them to the desired Penis. What makes them so special that they deserve or earned that awesome Penis? A quick comparison:

Look at those similar Pen-ni! What’s the difference!? Why don’t I have Emma Stone’s Penis?

But in reality, I don’t see that she had the support, both emotional and financial, of her family and all that she and her family sacrificed for that Penis. Also that she is really driven, attractive, and talented/skilled etc. While I cannot understand the entire timeline and experience without being Emma, I can understand the defining factor when it comes to everyone’s Pen-ni:

The Universe “Chooses” Some People

That is all for lack of a better phrase. I don’t mean that the Universe/God/Energy/Omnipotent Being actually makes a conscious decision to choose one person over another. For no reason or explanation, some people are just, for lack of a better word, “chosen” and offered a potential Penis. Does that mean that the chosen person is any better or more-fit for that Penis? No. Just because Justin Bieber was “discovered” via YouTube, it doesn’t mean that he was the only and best thing on YouTube. Does his Penis make you angry? Does it make you sad? The third and final part of Penis Envy answers the question on everyone’s mind, “What can you do about your Bieber Penis Envy?”

You can either get Destructive or Constructive with your Penis

You can get angry and rip your Penis off! Stop working on your Penis all together because what’s the point!? They have the Penis you want and you’ll never get it now! You can get sad because you were doomed to fail from the start because you were born into a low-income home and have a history of family issues which makes your desired Penis unobtainable!

These thoughts and actions are destructive and are the leading cause of Penis Shrinkage! Nobody likes Shrinkage, or destructive compromise, because it means more limitations, more obstacles, and less want. And remember:

The less you desire, the faster you expire

You can get constructive! Work on your Penis! Pull and stretch your Penis until you get your desired Outcum! More information becomes available, more doors are opened, and more paths are paved with each new Penis you see. Pen-ni is not a pie chart! Each amazing Penis you see does not take away from your current or potential Penis! Take that knowledge and apply it to your Penis instead of using it as a reason to give up on your Penis. If you continue you stoke, love, and care for your Penis, you can reach that final Outcum and feel the release of sticky success in your hands.

Now that we have gone through the process of Penis Envy, from Envy Realization to Penis Construction, we can finally conclude this blog so that we can all go play with our own Pen-ni!

While there is no escaping Penis Envy, I suppose there is solace in the fact that everyone, including Justin Bieber and Emma Stone, suffer from Penis Envy too. Maybe they want your Penis too!